I haven't even been at Nuk Tessli for 2 days when I got the chance to take my first day off and go hiking. Luckily for me nobody was allowed to venture out on thier own so Theresa and Semi had to play the 'babysitter' and take me along when they went out for a hike. I guess or at least I hope they didn't mind too much. Anyway, today's destination was Atnarko peak, an addition to the usual hiking path of Northpass lake.

We ventured out after finishing breakfast duties and hopped into the boat to get to the trail head further down the lake. The weather was beautiful, no could to be seen and no wind at all. It was still enough to have a perfectly flat lake with gorgeous reflections of Monarch Mountain and it's glaciers on the surface. 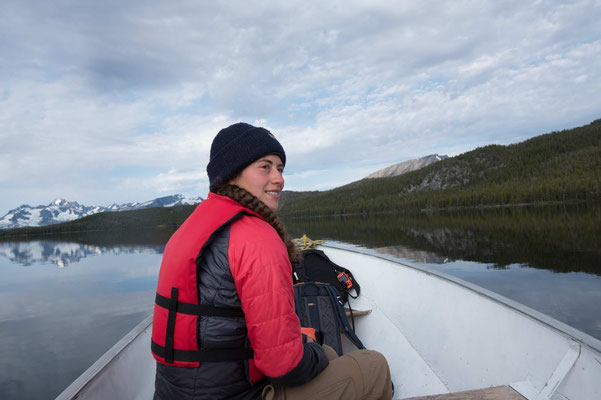 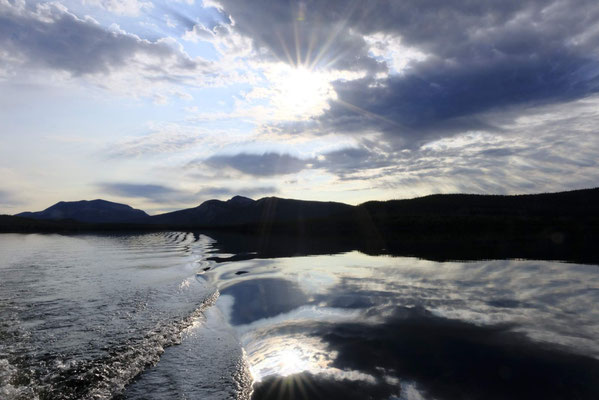 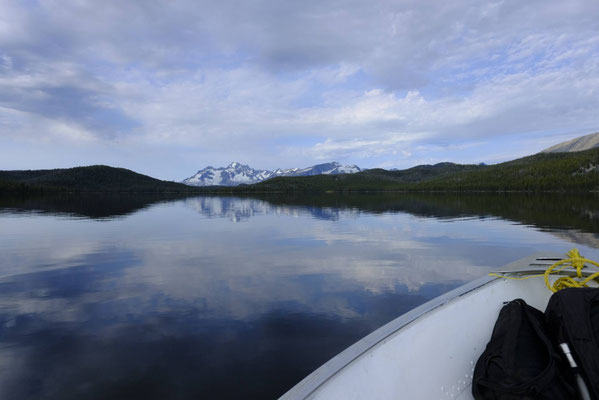 After about 20 min of driving we reached sandy beach and the trail head. The trail immediately started to climb up through the rocky forrest. As Theresa and Semi had already done the Northpass trail a few days ago they didn't waste much time and we made it up to Northpass lake in no time.

From here on we had to find our own way further up as the trail continued below the higher mountain around the lake and back down to the valley. But we got some instructions from Doron and Sela before we left so knew kind of where the best ways to get up and down were. We climbed the ridge right to the peak through a not quite as steep and mostly grass covered saddle. From there we turned onto the ridge and followed it, climbing over constantly growing rocks in il we reach an apparently dead end. We knew that there would be one section right below the 'sub-summit' were we had to see hands and feet and climb a little bit. So that had to be it. It looked worse from below as it actually was, but still, I was glad that I haven't had to go the same way back down again. Once past the steep section we reached the upper ridge line, which looked super narrow from below. But far from that it turned out to have a verry gentle slope down the back side of the mountain. Therefore getting to the summing from here on wasn't a problem at all. The views from up top were at least as spectacular as promised. Looking back to were we came from the mountain simply dropped several 100m down into the turquoise shining clear waters of Northpass lake. Whereas the mountains to that side were rather green and brown the ones to the other side had massive white shining glaciers clinging to thier slopes and peaks. Just now I truly realised how fast and wild my surroundings really were.

Going back down we continued further along the ridge. It seemed to be a never ending scramble over an endless field of boulders. There sure are nicer surfaces to hike on but it wasn't too bad either. As we finally reached to below lying mountain meadow we turned tracked back along the bottom of the mountain, crashing through some bushes here and jumping over a few creeks there...In the end the way down took us nearly as long as the way up. We passed by a few more beautiful still lakes before we got back to the treeline and finally to the boat.

A gorgeous day for a gorgeous hike! 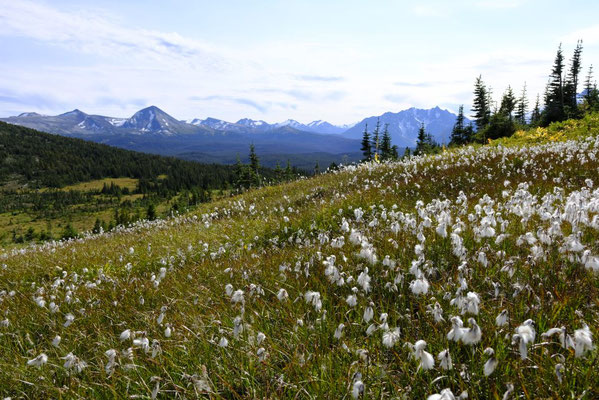 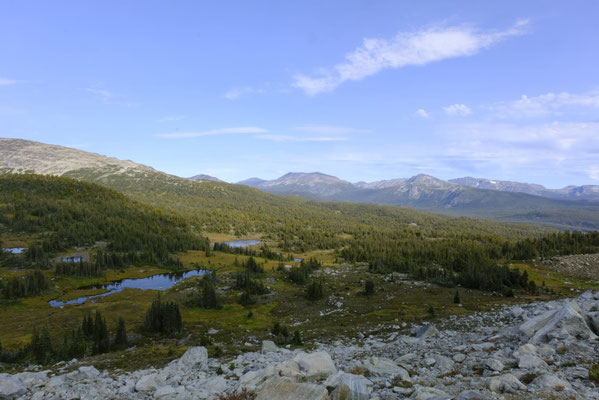 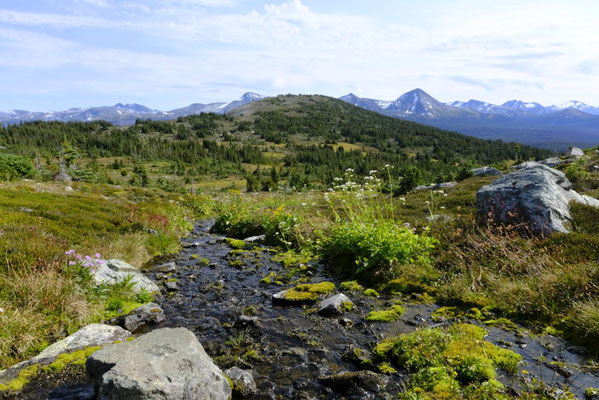